What is “Roughing It”? 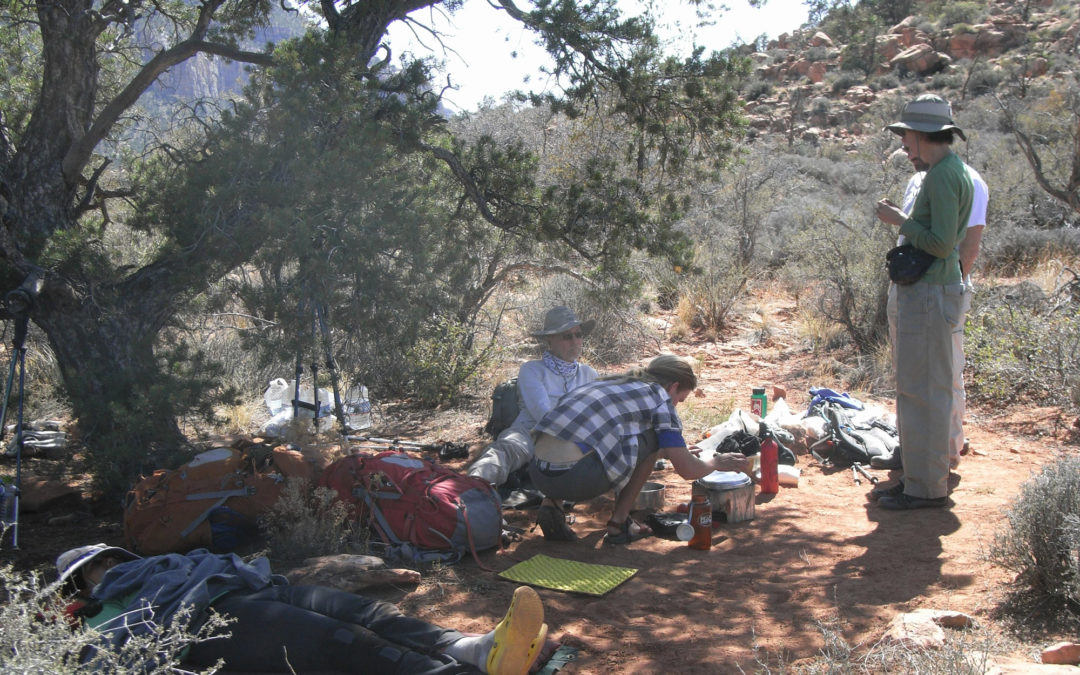 At least once per week, we have trip requests from people looking to us, Just ROUGHIN’ IT Adventure Company, to provide them with a lodge based trip with flush toilets, running water and pool side cocktails.  I am kidding about the pool side cocktails but I am sure would come up if we didn’t cut them offer before that request was uttered from their lips.  So to alleviate this problem, I am going to explain what “roughing it” is and therefore why you would not want to contact a company named “Just Roughin’ It” and then mention you don’t want to rough it or want a trip full of absolutes.

What is “roughing it”?

Roughing It is a  piece of semi-autobiographical travel literature written by Mark Twain. Published in 1872, Roughing It follows the travels of young Mark Twain through the Wild West during the years 1861–1867 when he joined his brother Orion Clemens, who had been appointed Secretary of the Nevada Territory, on a stagecoach journey west. This is the definition for the literate but for those who don’t know, Mark Twain was a famous author who wrote books that were published on paper.  Why was Mr. Twain roughing it? Because everyone was roughing it in the middle of the 19th century. Heck, some of you think roughing it is not having the latest version of the iPhone. Which brings me to the actual definition.

Roughing It or Roughin’ It comes from its own root “rough,” which has so many definitions, none of which would be synonymous to finished, luxurious, passive, cultured or refined. Rough as an adjective means 1). having an uneven or irregular surface; not smooth or level; 2). difficult and unpleasant; hard; severe; 3). not finished tidily or decoratively; plain and basic; not worked out or correct in every detail.

The term “rough it” is a a nautical term from 1768 and means to “submit to hardships.” Totally subjective I know, but sleeping in a tent is a hardship for those people who are not homeless.  What we see as a hardship, for millions of people, that is a luxury – just saying. Today, we use it to describe that what we as a company do every day when in the wilderness – to live without luxury; to live simply; to camp out.

And this is what we do at Just Roughin’ It Adventure Company! We will have a whole other article about what “adventure” actually means because that too has been completely watered down over the years.  When you are on one of our trips, you camp, you carry ALL the gear (tent, sleeping bags, etc – no porters or animals), you sleep on the ground and most of the time, there is no running water and toilets. Not to say there are not a few trips we offer that just happen to come with these luxuries (Rim to Rim and South Kaibab/Bright Angel Loop) but it is rare.

Here’s a few reasons we do choose to rough it.

You get to experience nature in ways no one else can. No people, no development, no litter, no social media. So many outdoorsy people celebrate naturalists like John Muir but yet they don’t want to go off the beaten path.  Hopefully you all realize John Muir was not named after the trail and that he actually forged it. There is so much natural world out there that you cannot see from your car window, and when you finally get off your butt to see it, you will never want to share it with anyone else.

To be honest, too many of you that don’t want to rough it EVER are a bit on the diva side. I love a week at a 5 star resort, great cuisine, Broadway shows and art museums.  But JRI is not a huge fan of the Kardashian wanna-bees. More often than not, people willing to rough it are open to the experience as a whole and don’t get butthurt (now an official word in the Oxford English Dictionary) when the weather is not perfect or they have to pee behind a bush. Toilets are a newer invention in the whole timeline of human existence. Your ancestors squatted behind bushes – trust me. And, well, rain has been around much longer. We prefer to have fun expecting the unexpected than actually knowing a week in advance that we will be eaten by a Grizzly Bear.

Being off the grid, even if just for a few hours is good for you mentally and physically. No one should have to feel like they are at the mercy of someone else. Admit it, every time your phone makes a noise, you stop to look at it.  “Oh, maybe someone wants me to ‘Like’ their post!” If we don’t respond right away, another annoying tone emits from your phone.  And then you look again.  It is much like Pavlov’s Dogs.  Ring a bell, get a treat. Keep ringing said bell, keep getting said treats, take away treats but keep ringing the bell, you salivate because you want that treat.  It is a conditioned response and you all are conditioned to respond to your own personal “bell.”

Going outside our comfort zones is an accomplishment that is life changing. You learn a lot about yourself when you take risks and encounter challenges. Solving a problem in the great outdoors with no ability to “Google It” is an amazing feeling that you will take with you for the rest of your life.  And I am not saying putting yourself in a life or death situation, just something that allows you to use your intuition versus technology.  I believe we would consider this part of personal growth.

I am certain you have some great reasons to not want to rough it, and that is perfectly fine.  It’s just not what we do and there are plenty of companies out there that will cater to your divaness beyond your heart’s content.