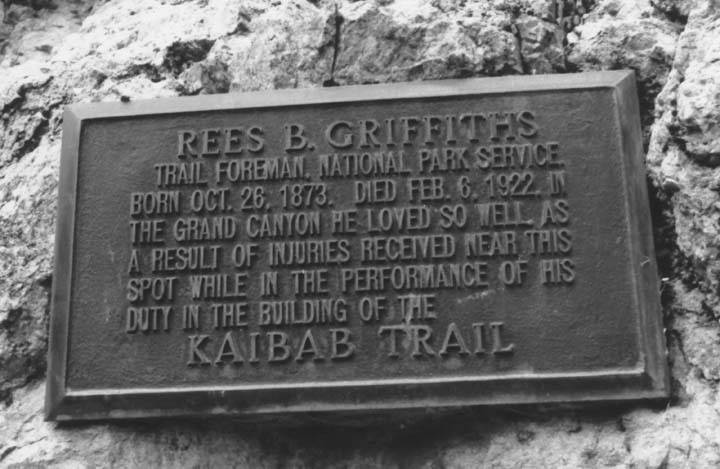 Hiking is not supposed to be scary. Or is it? Rattlesnakes, steep trails, absolute isolation, and anything else nature would through at you is nothing to be afraid of. But, add some spirits (the non-alcoholic type) to your hike and your hiking adventure gets that much more, well, adventurous. I speak of those that tug on your hair, go bump in the night and appear as that dark shadow coming towards you from up the trail. Then again, add the other type of spirits and I guess your hike will still have a certain level of adventure.

Grand Canyon National Park – Those of you familiar with Grand Canyon may have either been to or at least heard of Phantom Ranch. While a spooky name and great for the Halloween season, the area at the bottom of the canyon is not named as such due to a scary specter or ghostly apparitions, but after Phantom Canyon, aptly named from hiding itself from the government cartographers who missed it the first time they mapped Grand Canyon. But there are stories of a ghost around Phantom Ranch and Bright Angel Campground. Those of you who may have hiked to the area hiked down South Kaibab Trail, across Black Bridge and over to Bright Angel Campground to catch the Bright Angel Trail may not realize they also pass the grave of Rees Griffiths, one of the trail crew that died while cutting a route to the North Kaibab Trail near Phantom Ranch on February 6, 1922. Many visitors have said to have witnessed an unexplained light that hangs over his grave.

The ghosts don’t just stay on the South Rim of the canyon. The lesser visited North Rim of Grand Canyon has its own La Llorona. The legend of La Llorona (pronounced “LAH yoh ROH nah”), Spanish for the Weeping Woman, has been a part of Hispanic culture in the Southwest since the days of the conquistadores. The spirit is said to be blessed with natural beauty and long flowing black hair. Wearing a white gown, she roams the rivers and creeks, wailing into the night and searching for children to drag to a watery grave. The North Rim’s La Llorona, also called the “Wandering Woman” has no creek or rivers to drag children into and no one knows the identity of this ghost, the Grand Canyon version reportedly committed suicide after losing her husband and child in a drowning or some other accident. There are no documented accounts or person linked to the ghost, however, many campers and hikers have heard mournful wails at night and have seen her along the Transept Trail (the rim trail that connects the Grand Canyon Lodge to the campground).

Olympic National Park – With a coastline, glaciated mountain peaks and a temperate rainforest, Olympic National Park is one of the largest and most diverse parks in the National Park System. But more alluring than than all this is, Olympic also has a Big Foot. The park’s first sighting was in 1948 near the Hoh River Trail somewhere between Elk Lake and Glacier Meadows. During the summer of 2000, resident of the Hoh Indian Reservation heard strange noises and found giant footsteps behind his home. Other tracks were found along the Sol Duc River and in October, a European hiker saw two creatures with arms so long their hands were to their knees, hiking the park’s Elk Mountain Trail. Rainforests make for an easy environment to never be found. In August of 1939, rangers found the camp of Marion Stevens, a female botanist. Despite a intense search, she was never found. Sixty years later rangers found another abandoned campsite near Elk Lake that belonged to Hendrick Broeren, also never found. So if you are looking to “get lost” or “disappear,” take a hike along the Klahhane Ridge Trail.

Yosemite National Park – Take a hike to Grouse Lake via Chilnualna Falls trail and you may hear a distinct wailing cry like the sound of a lost puppy. According to Indians from the Yosemite area, the sound is not one from a dog but from an Indian boy that had been drowned in Grouse Lake. Anytime anyone would wander by, the boy would cry after them to come to the lake and save him. Anyone who ventured into the lake would be grabbed by the legs and pulled into the lake to drown. The Ahwahneechee call Bridalveil Falls Po-ho-no, meaning “spirit of the evil wind.” Legend says an old woman and a young girl were picking berries near the top of the waterfall when the young girl entered the water, walking to the brink of the roaring falls. A wind then picked up and pushed her off the edge, where she died on the rocks below. Her death was blamed on Po-ho-no. So next time you hike above one of Yosemite’s amazing waterfalls, beware of Po-ho-no. Or, just beware of the dangers inherent in any tall cliff with raging waters plummeting to several hundred feet below. So next time you are on hike hike, keep your eyes and ears open, you may just encounter something to write home about. Or maybe you already have!